New Sunroom Extension to use as a TV Room

The client’s growing family required a new TV room for their semi-detached house in Dublin. The new sunroom would extend from their existing dining room in the house and would act as a second sitting room, TV room and lounge for teenagers.

There was a large drop from the existing house floor to ground level. The client wanted the same floor level in the sunroom as the dining room so there could be a privacy issue due to the floor height. The boundary fence was in poor condition and we recommended that the client had a new fence installed by a landscaper. The brief stated that there should be no significant loss of light to the internal rooms.

We created a square room. While we initially considered a glass gable there were concerns that the houses behind would overlook into the room, so a hip roof with a roof light was chosen. If privacy was a problem a blind could be fitted to the roof light. Three roof windows were included to maximise the light.

White frames and feature pillars were chosen to give the sunroom a contemporary look and feel. 2¾ length windows were added to the front of the sunroom for adequate ventilation. 3 roof windows were installed to maximise the light. The floor level was brought up to match the existing floor level of the house. Steps were installed at the doors for comfort and safety. The direction of the sun was checked and the TV was mounted on the side wall where there would be no glare on the screen.

A stunning example of a bright and very cosy sunroom which blends in perfectly with the existing home.

The client’s landscaper completed the garden which complimented the bright new sunroom.

The new room did not darken our existing home. We were delighted that the build was completed in 4 weeks, as promised, we now have a lovely extra living room onto our home. 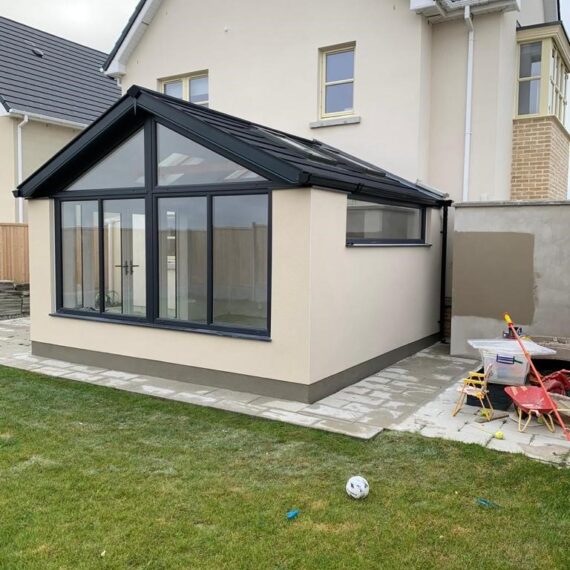 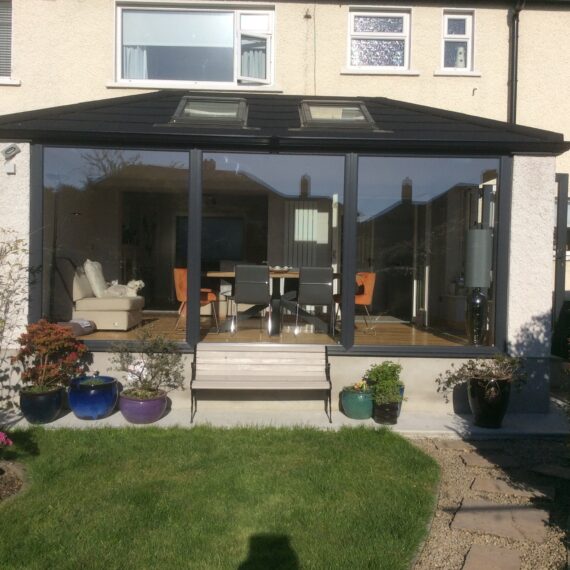 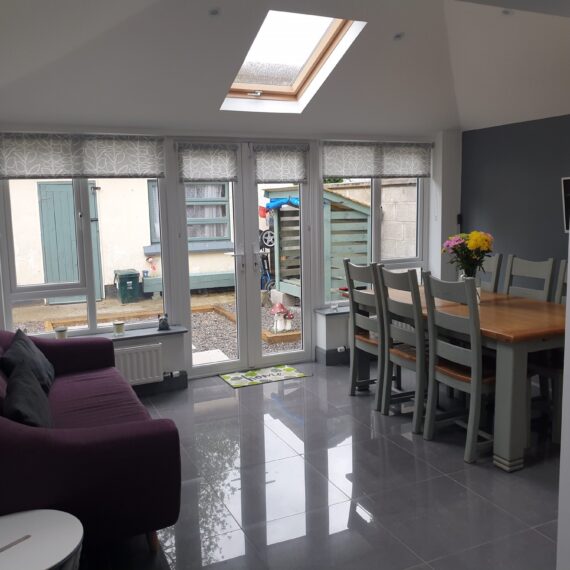 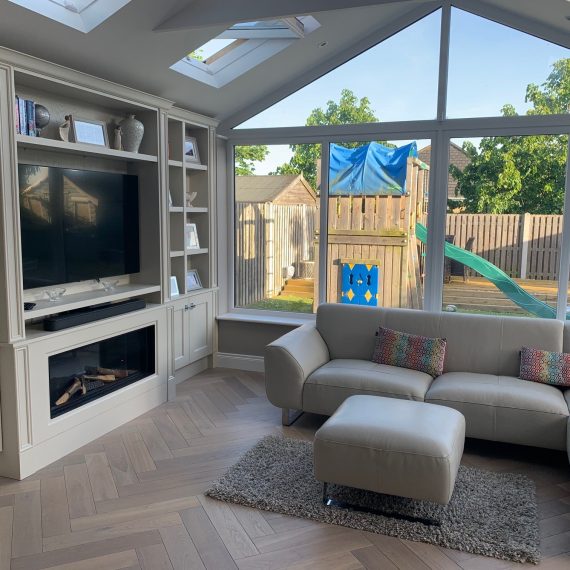 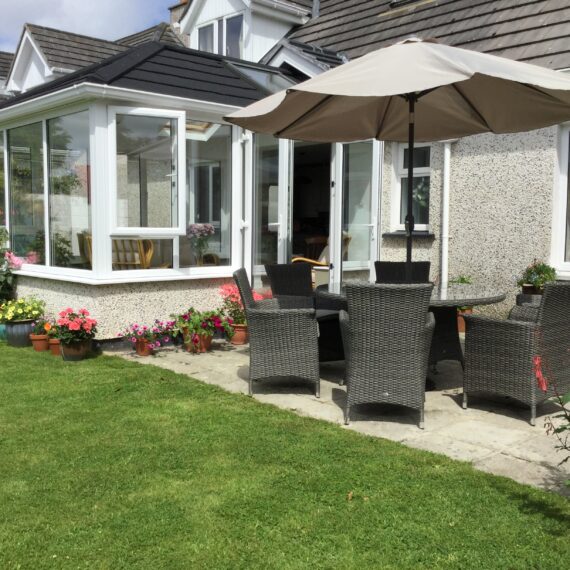 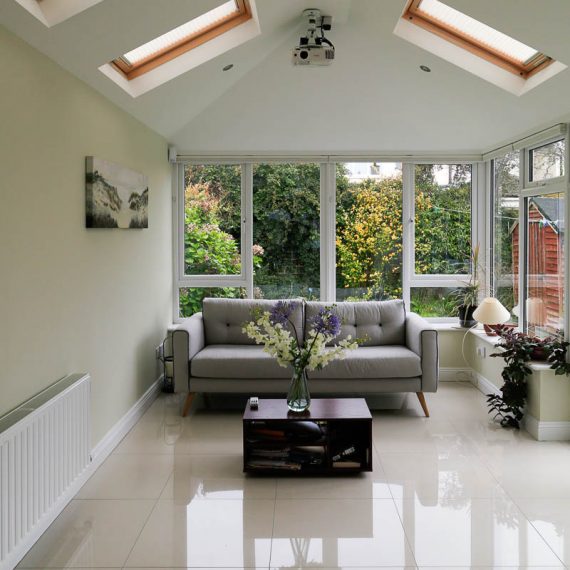 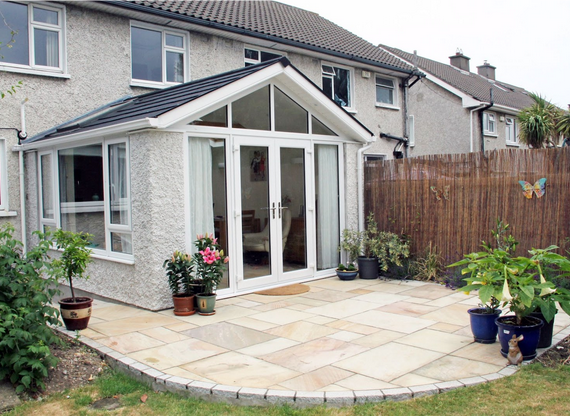