This was a straightforward sunroom build, the client was able to see the same size and design sunroom on display at our showrooms so the design process was easy to complete.

We designed a hip roof sunroom which would give the client privacy from the homes behind. To maximize the light we installed 4 roof windows, 2 each side of the roof. A matching pillar was designed on each side adjoining the house wall to screen the sewer pipes which would have been visible though the glass.

The wall finishes were dry-dashed to match the house. Patio french doors would be installed leading out onto a new patio.

Following a technical survey of the site a few small issues were identified. The existing gutter rainwater pipe would need to be relocated and a sewer junction was found under the deck area which would need to be moved but these did not present any problems to the construction teams.

The house doors were removed to create an open plan area so the sunroom became an integral part of the house.

Modern grey frames were selected and these were retained as white on the inside to keep the room bright.

The entire build took four weeks to complete in difficult and wet winter weather. The client completed a patio area outside which replaces the old deck around the sunroom. The client fitted blinds to the roof windows to allow the room to be used as a TV room on a sunny day. Laminated flooring was laid by the client to give the sunroom a warm feel and complemented with a large rug and modern paint scheme. 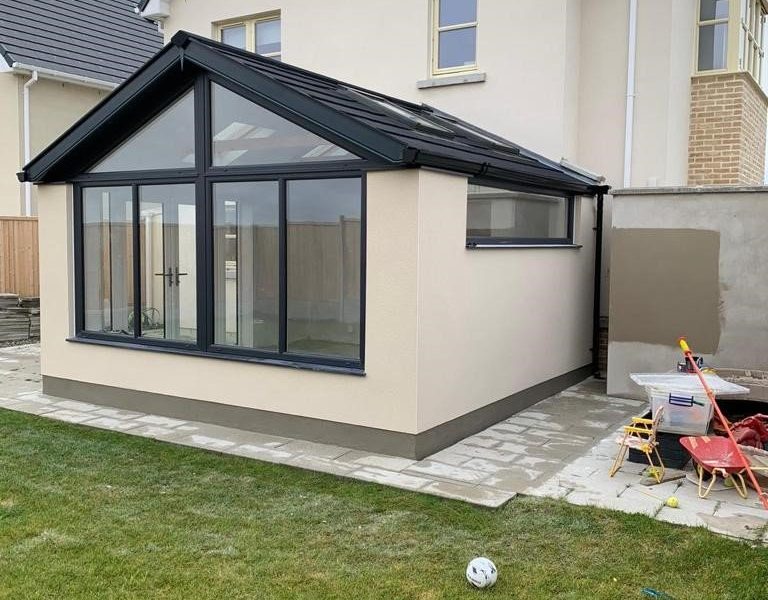 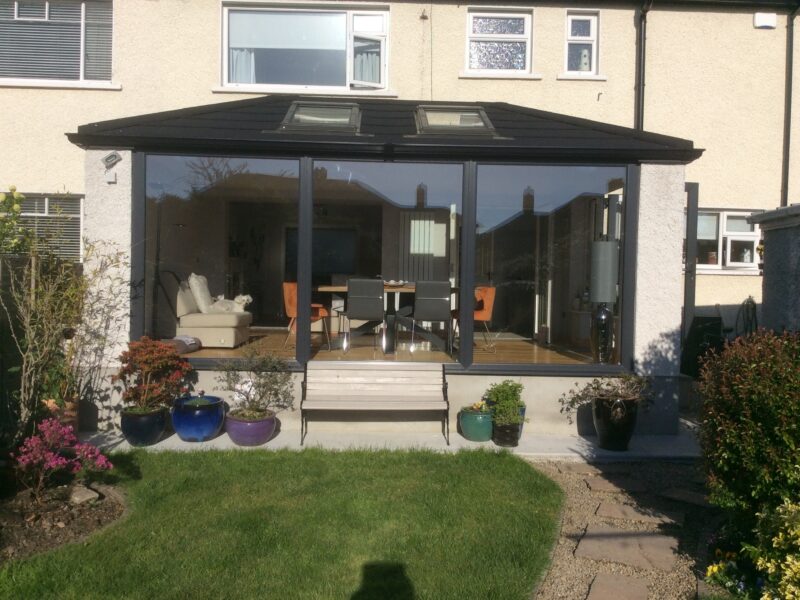 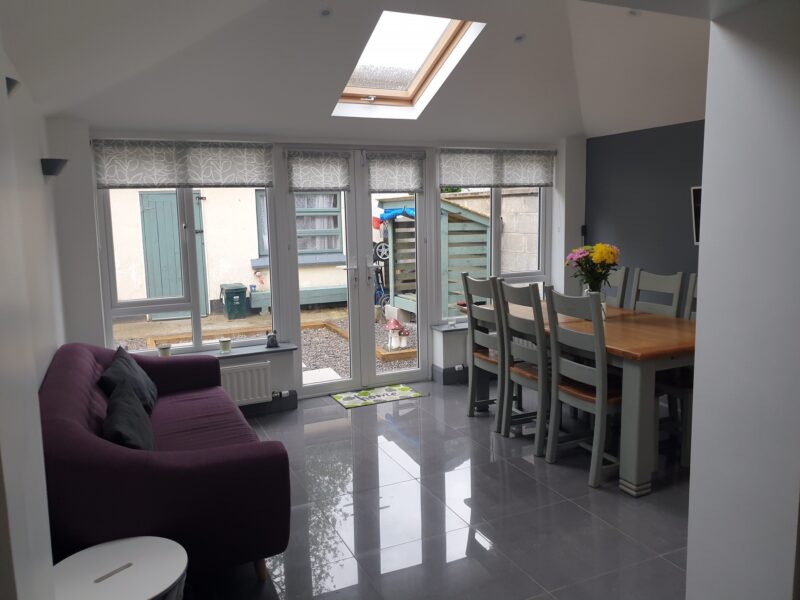 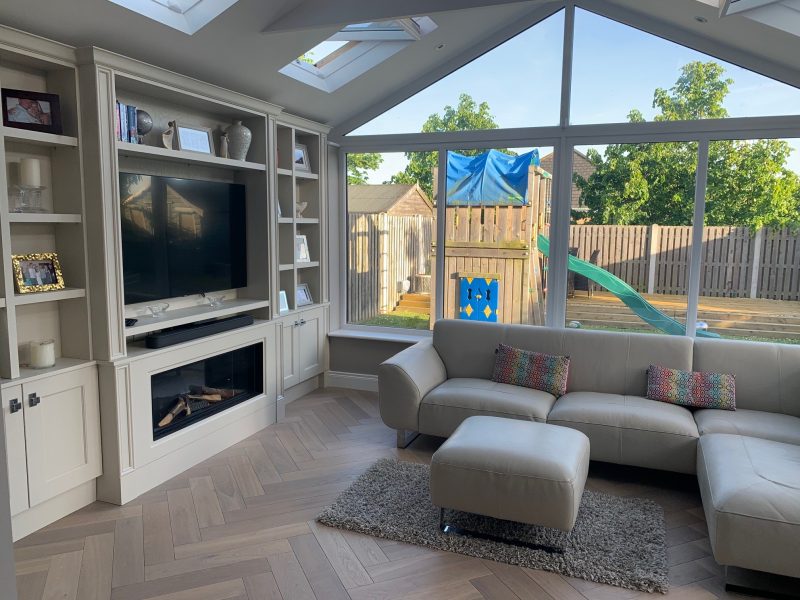 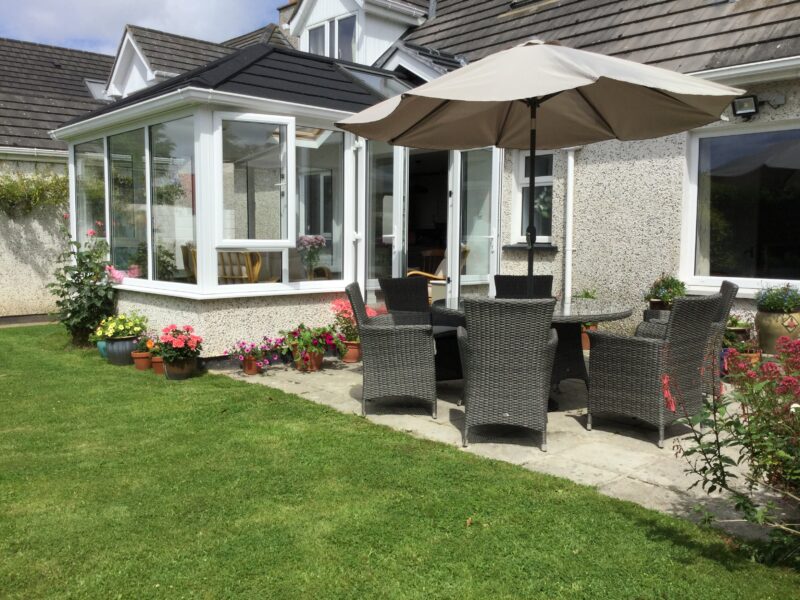 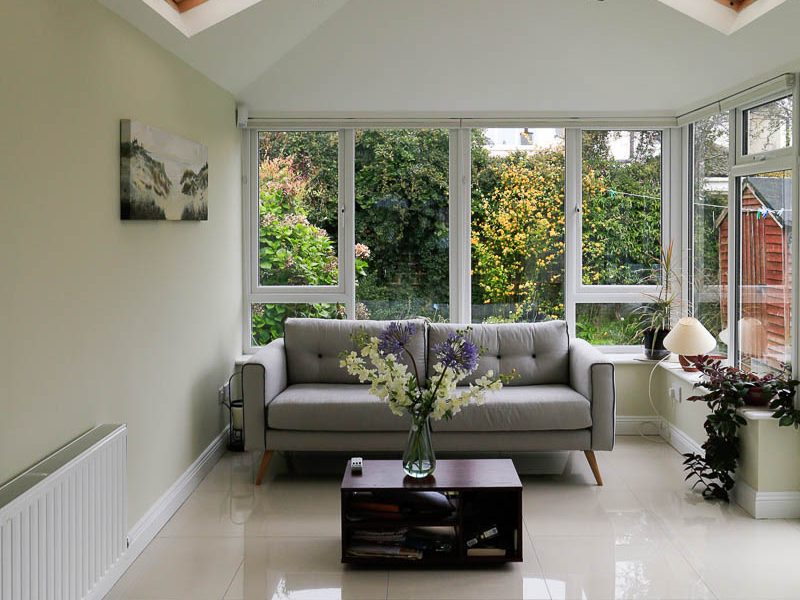 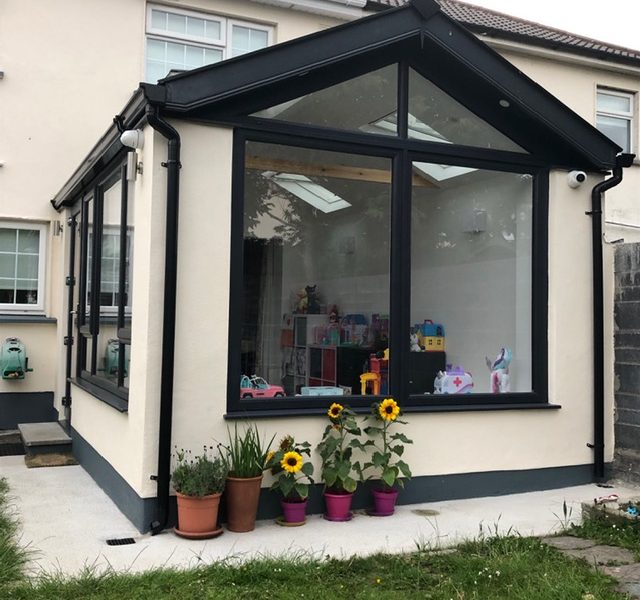 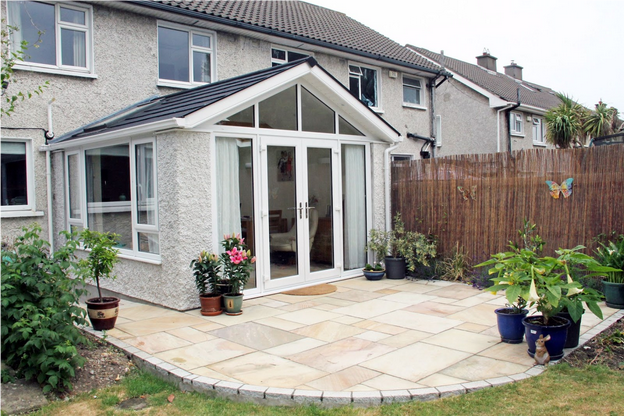 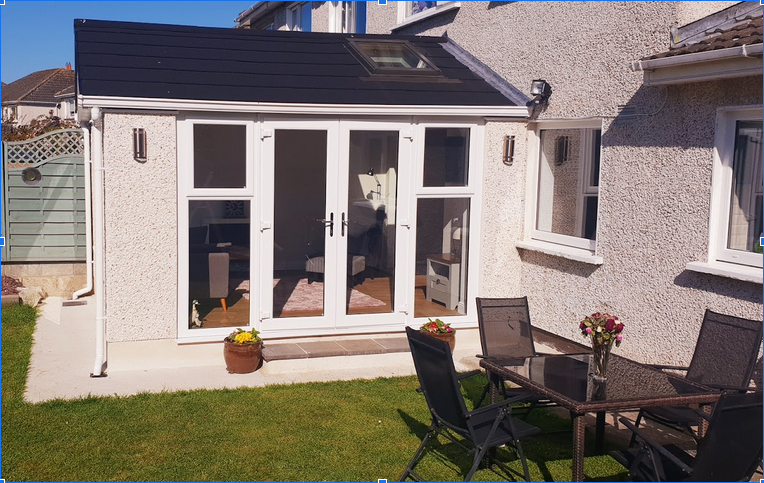 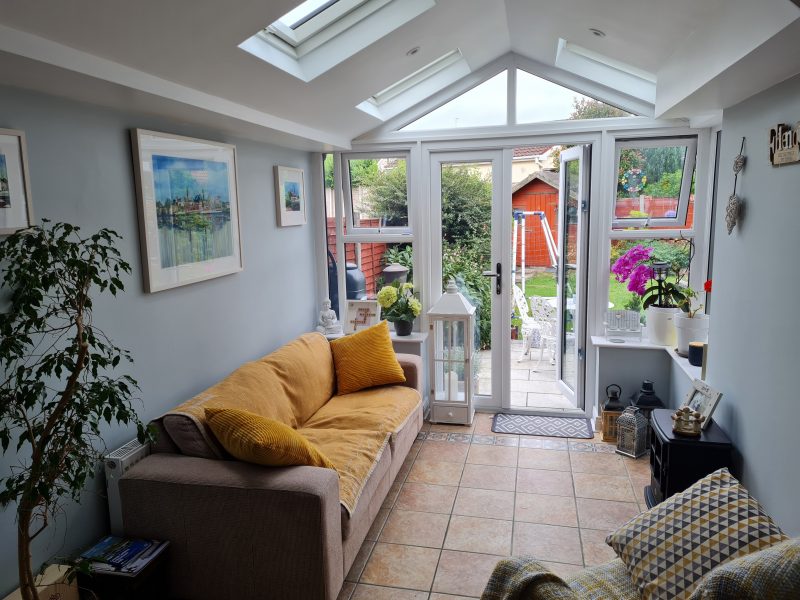 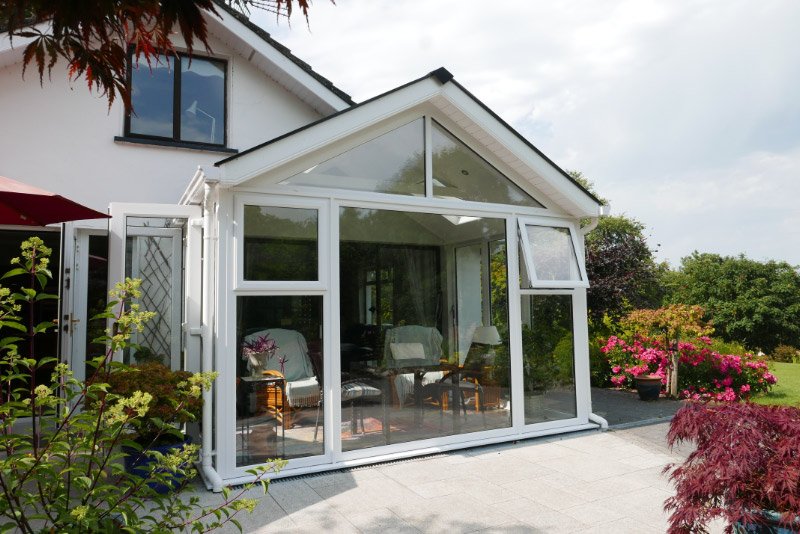 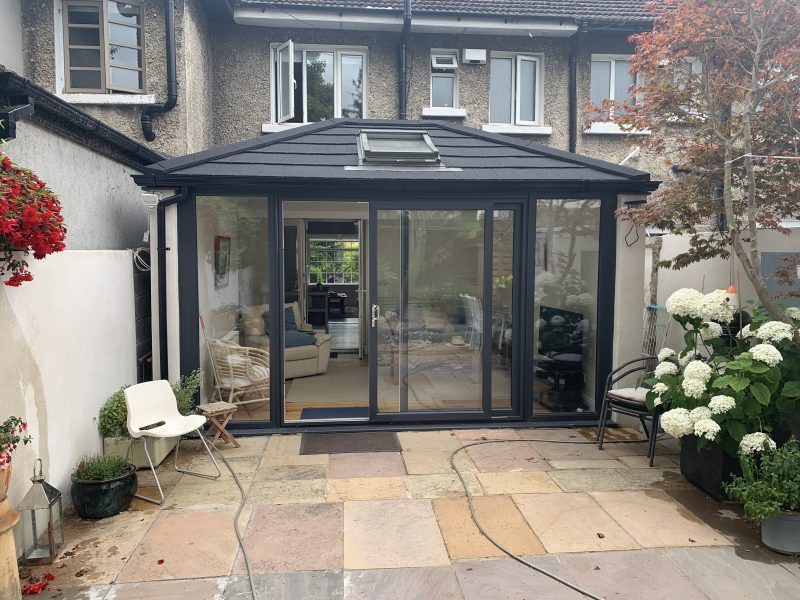 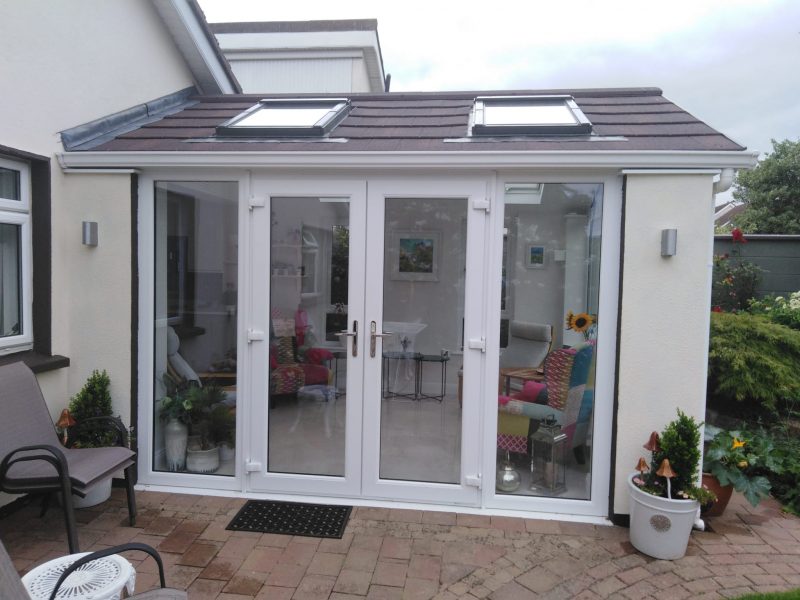 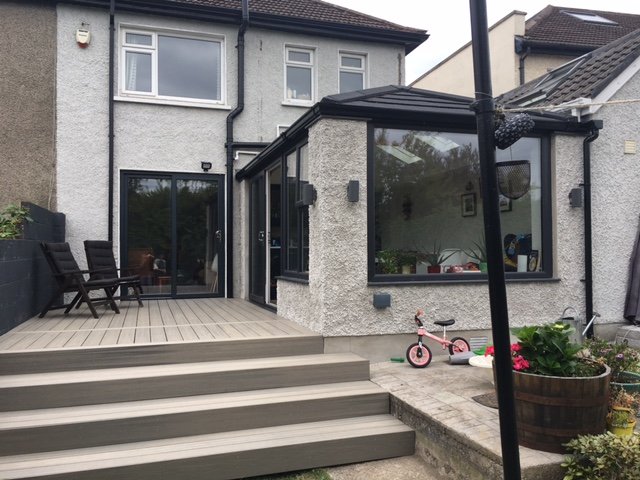 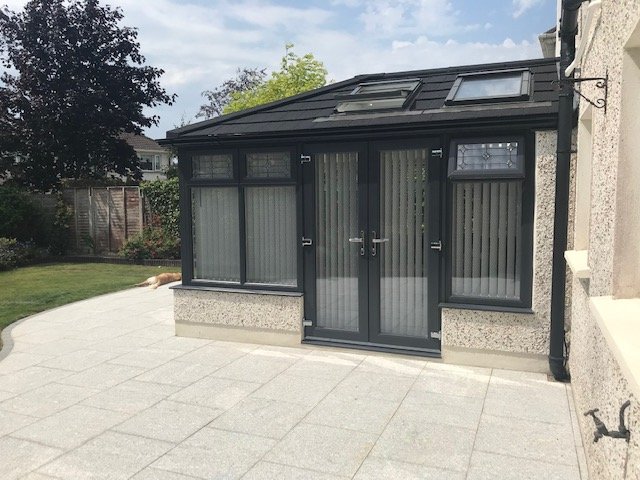 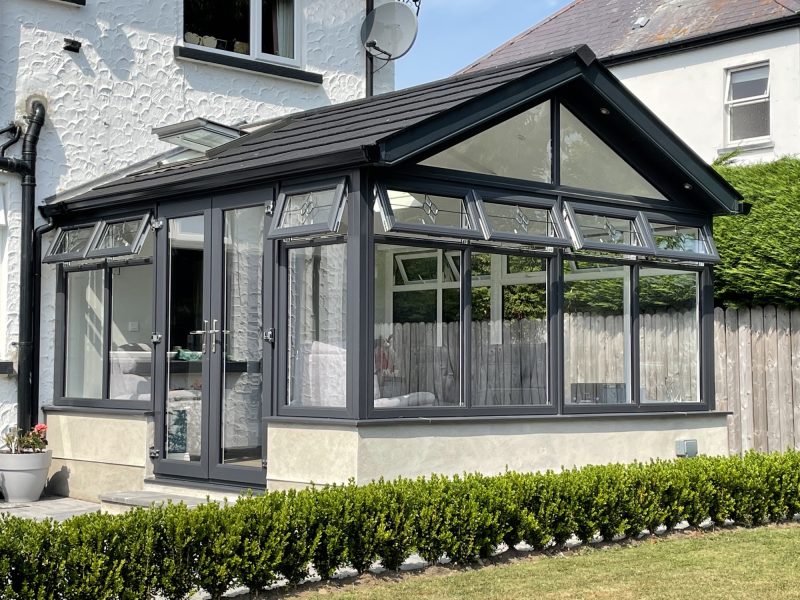 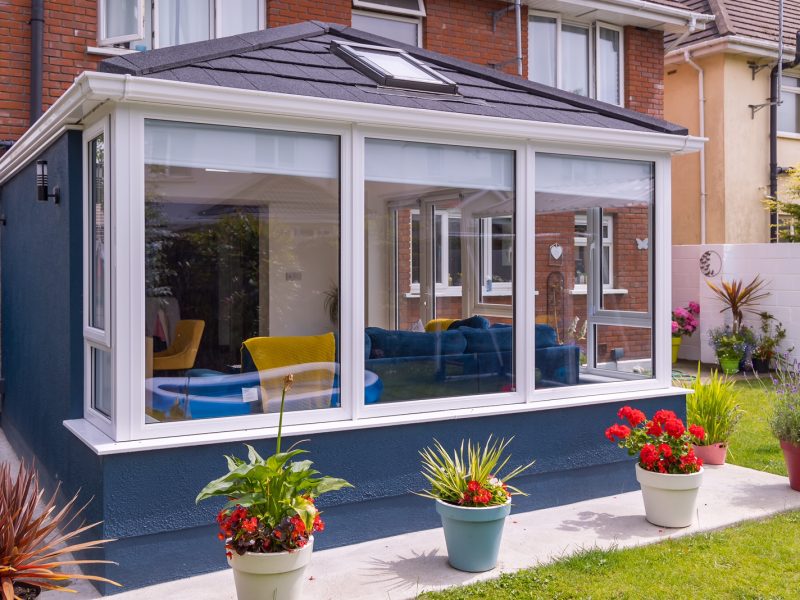 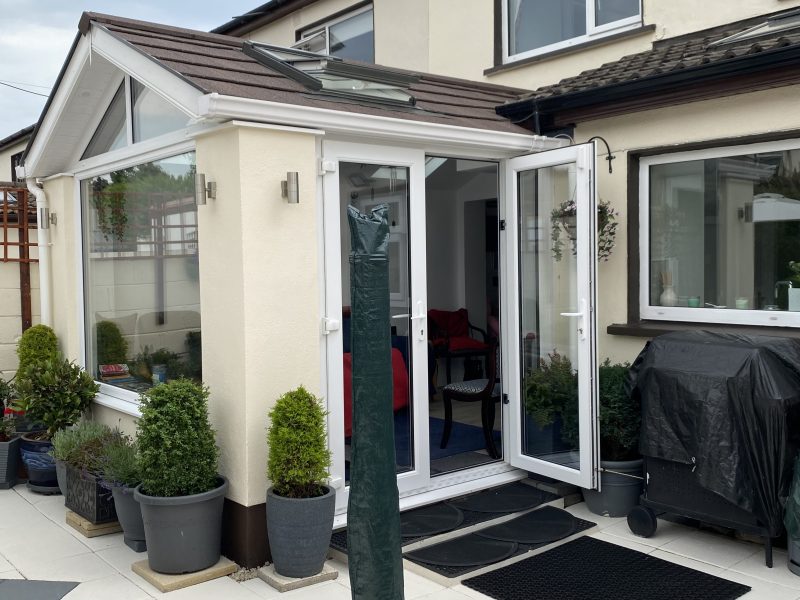 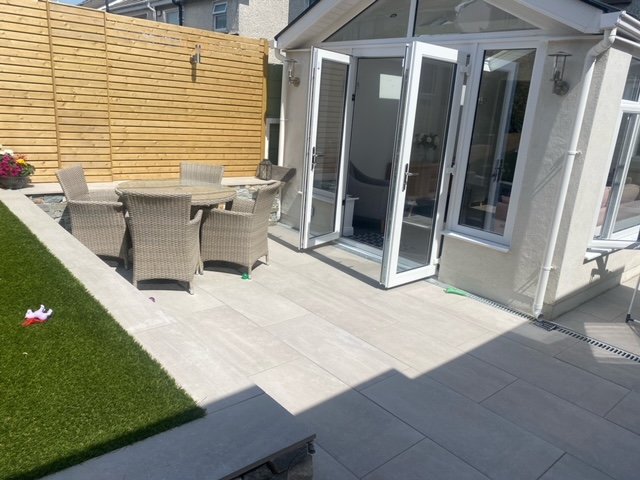 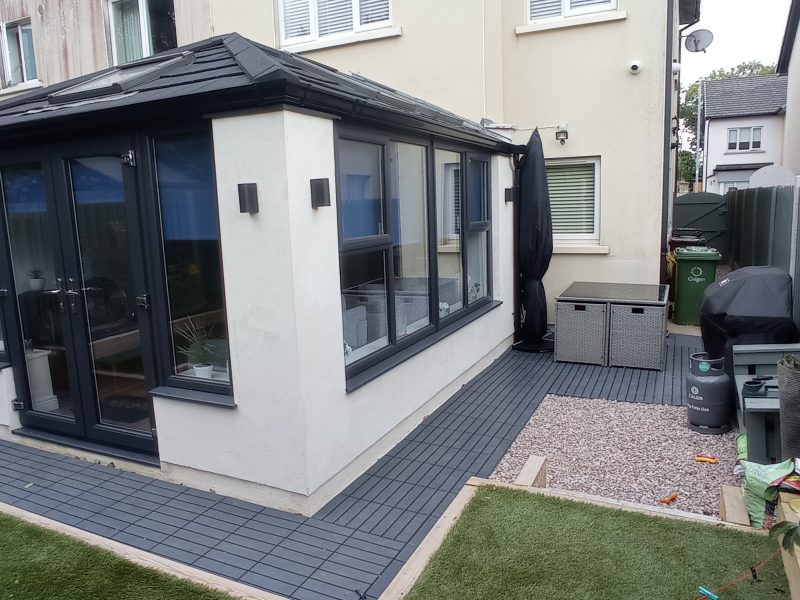 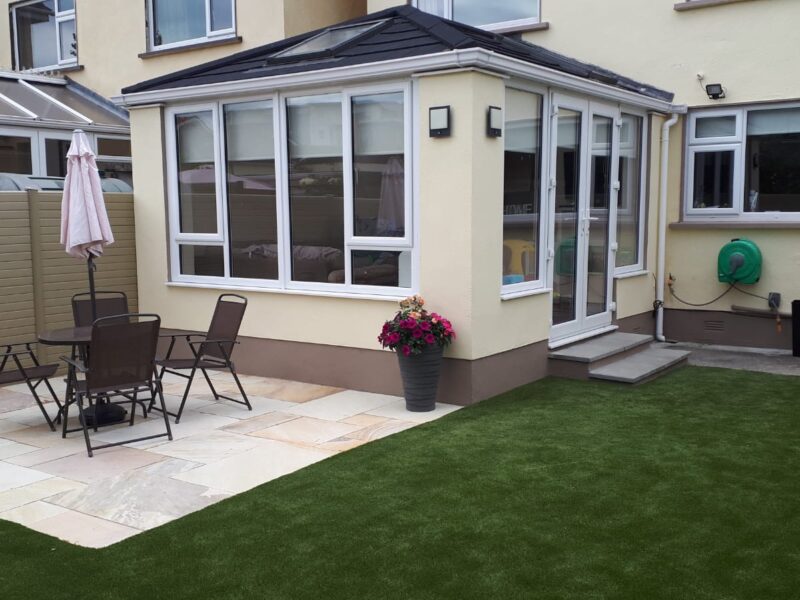 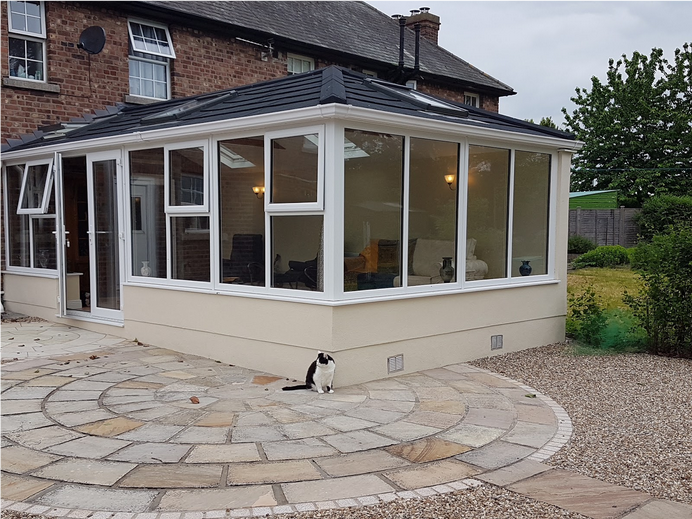 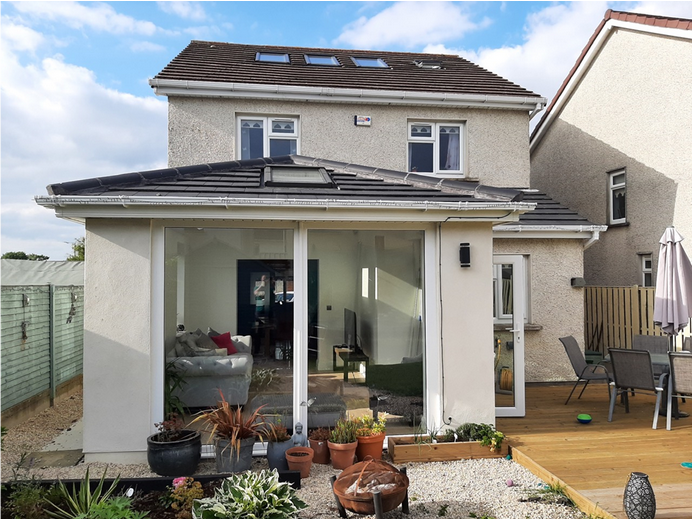 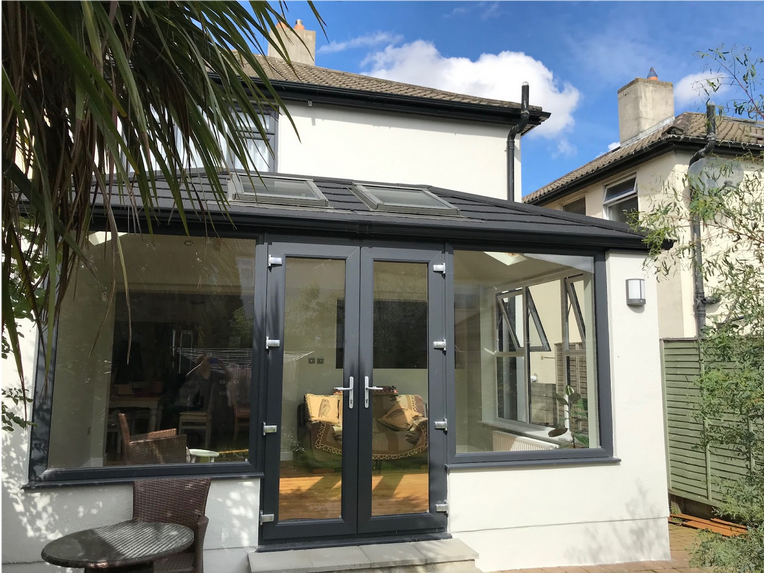 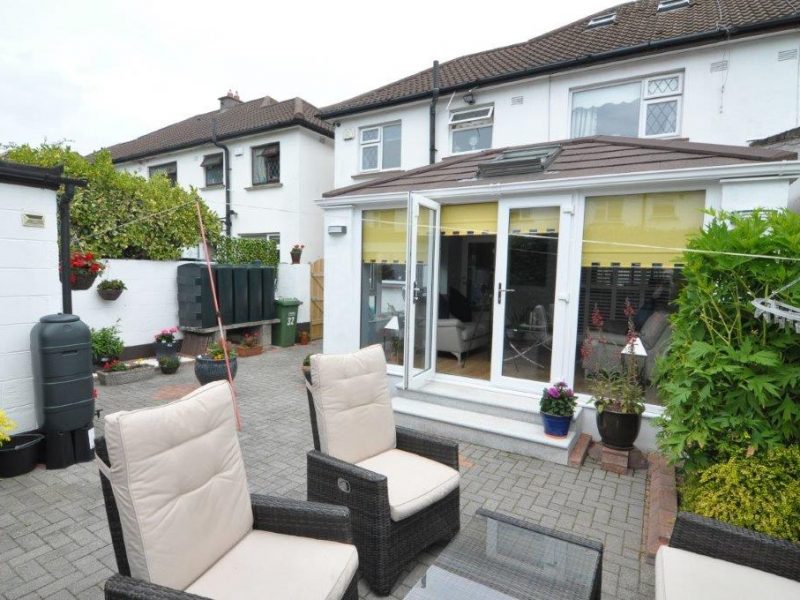 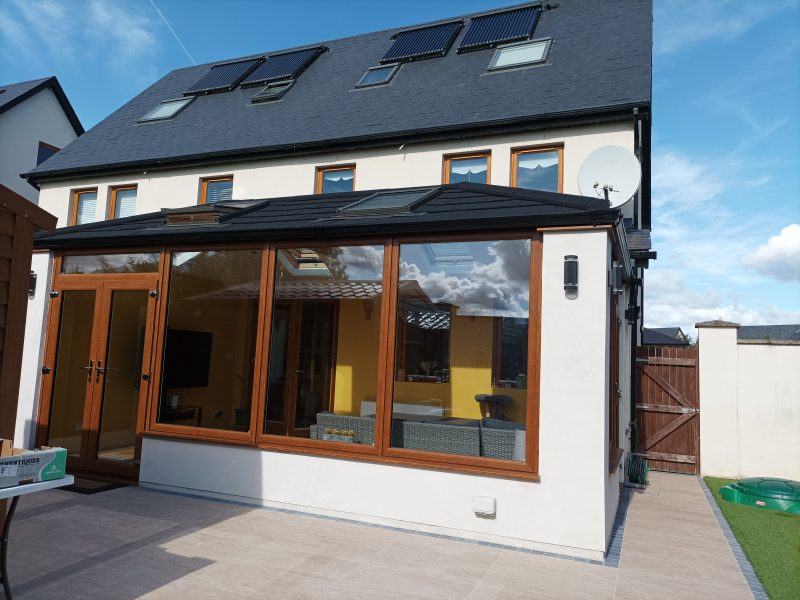 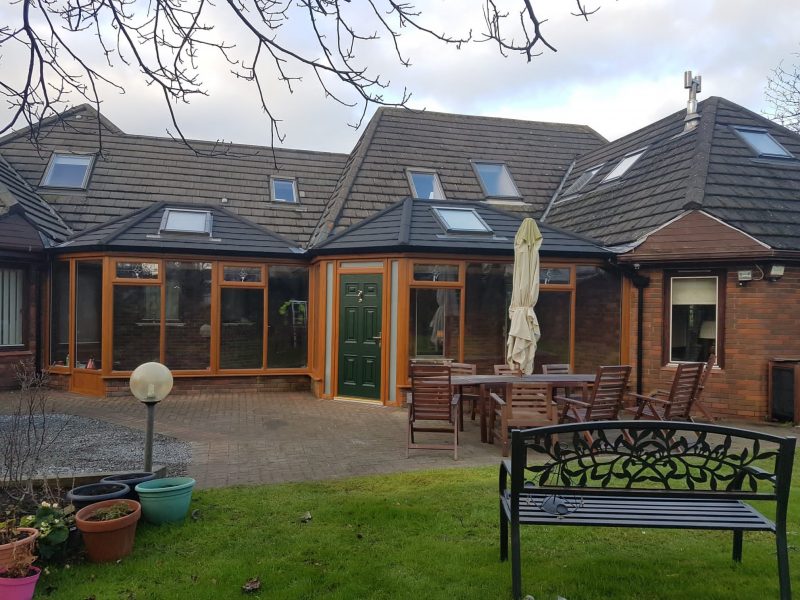 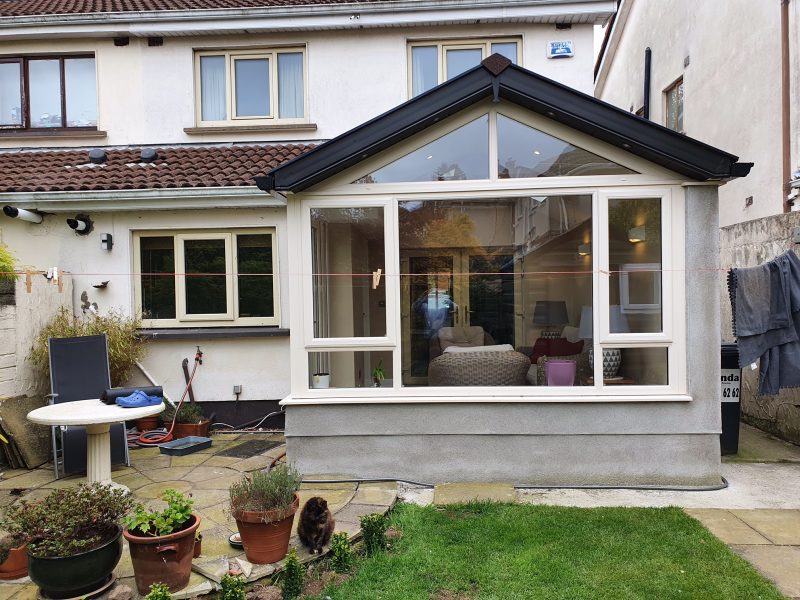